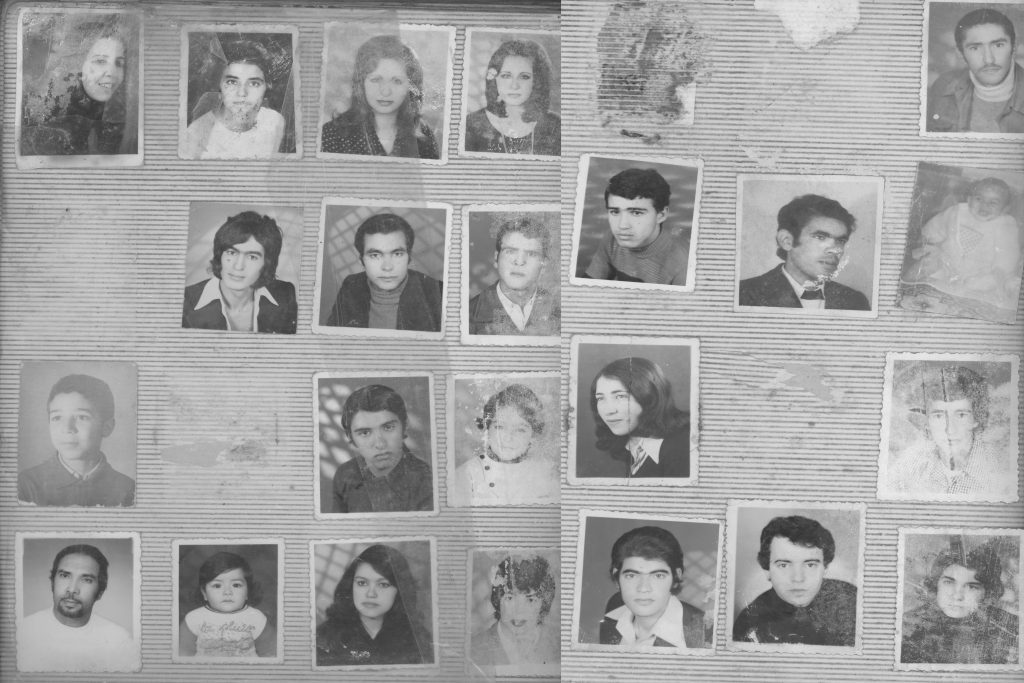 Amine Oulmakki works in Rabat, the city in which he was born in 1986 and where he grew up. In his young age, his first experience with the photography was in the restroom his father converted to a dark room. It is in 2006 that the spark was lit in Amine when taking a picture of his great grand mother, who at the time was ill and had just lost her sight.His visual language grew from that event. 8 years later, his series”L’œuvre au noir ou la part de l’ombre” was showcased for the first time in the Villa des Arts of Casablanca, as well as in the French Institute of Rabat.

In parallel, he joined the Superior Institute for Cinema and Audiovision (ISCA) which broadened his mind in a larger word of image. He directed “Un jour la vie” (short film, 2012)and showcased it in Paris (Festival Maghreb du film, IMA, 2014, and Festival des rives de la Méditerranée, 2013 – Jury’s choice) and Rabat (Short filmfestival, 2012 – audience award). He also held a residency at the “Cité Internationale des Arts de Paris” where he produced his recent project Oxygène. Oxygène was showcased in a collaborative exhibition titled Zaman/Time,as well as in the Marrakech Biennale of 2016.

His passions are photography and cinema, and Amine Oulmakki is trying to make a name for himself in those fields. The gaze of the photographer and the vision of the cinematographer both answer a clear need: the need to inscribe oneself in universal and humanist values. Time and body, life and death, the brevity of a moment… Those are the themes that inspire and pave Amine’s creative process. From film to digital,from Polaroid to cellphones, Amine’s work is experimental, intuitive, and introspective. It draws inspiration from daily encounters, from Morocco, his country and Ocean district in Rabat, his neighborhood. It also wishes to honor the men and women who nurtured Amine to reach his full potential.