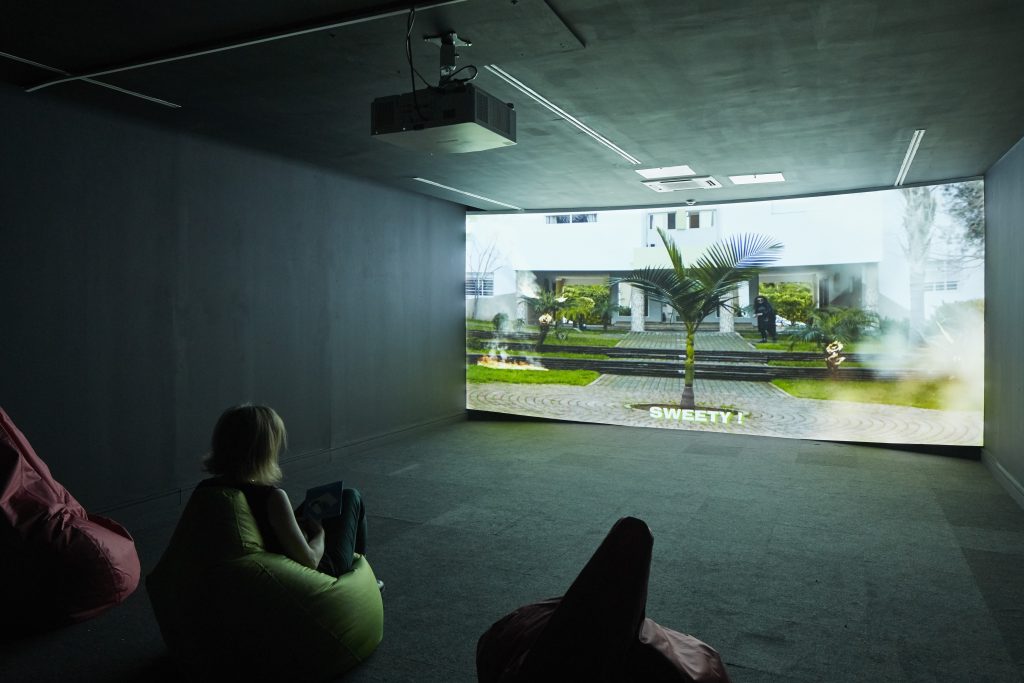 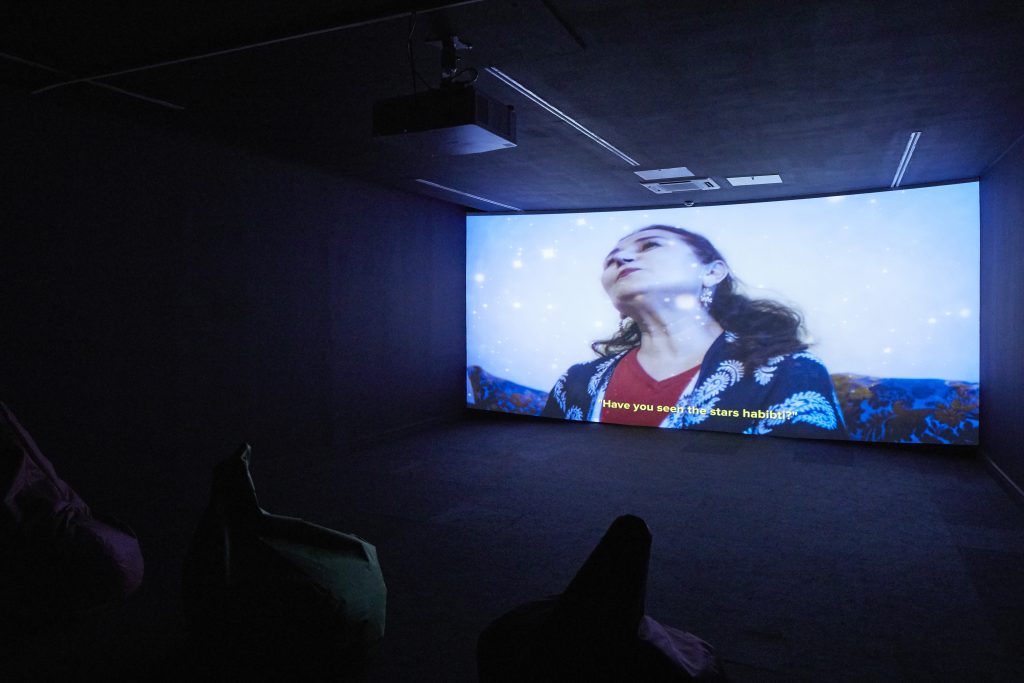 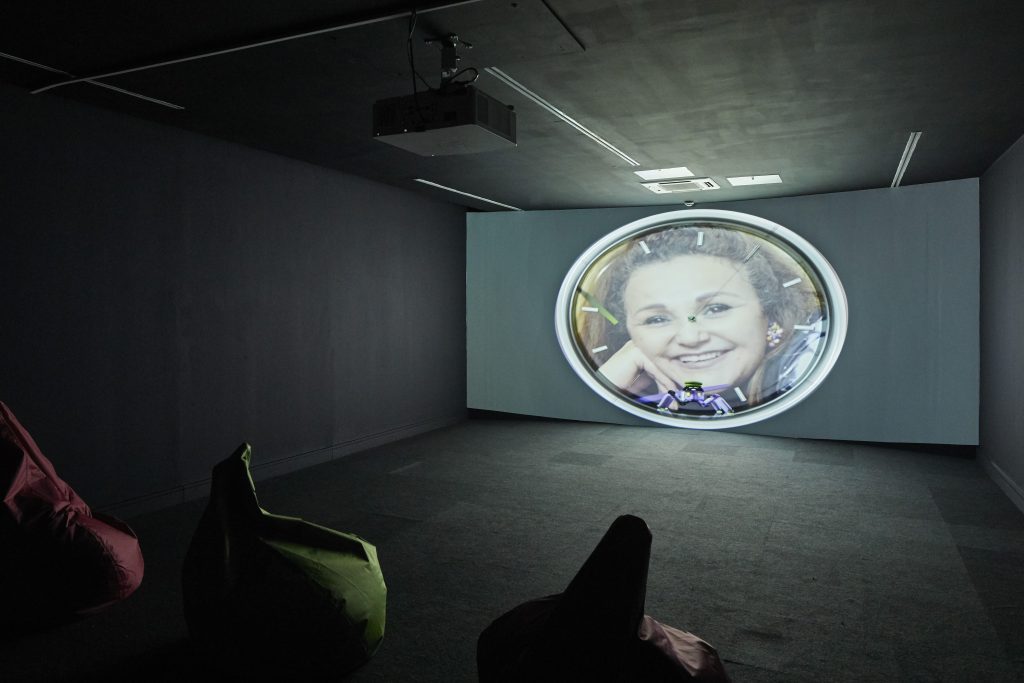 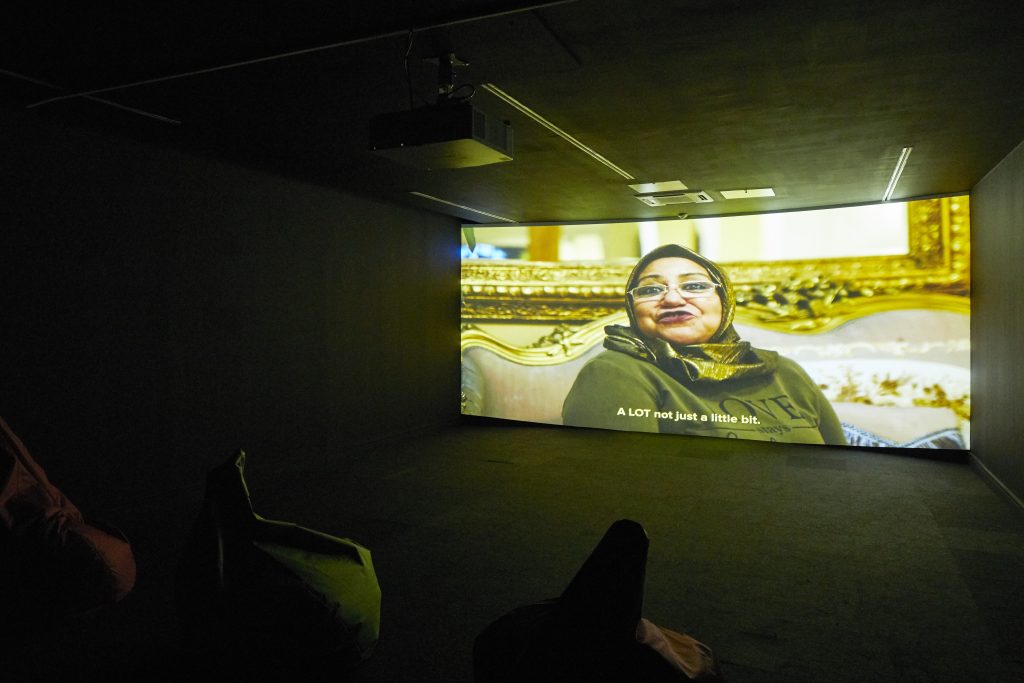 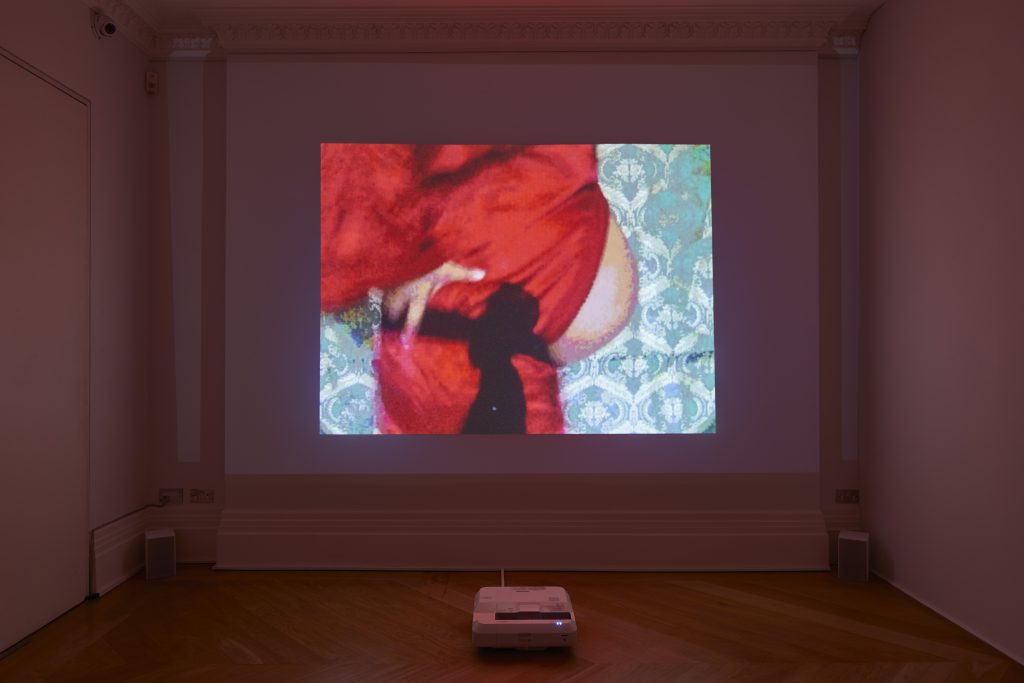 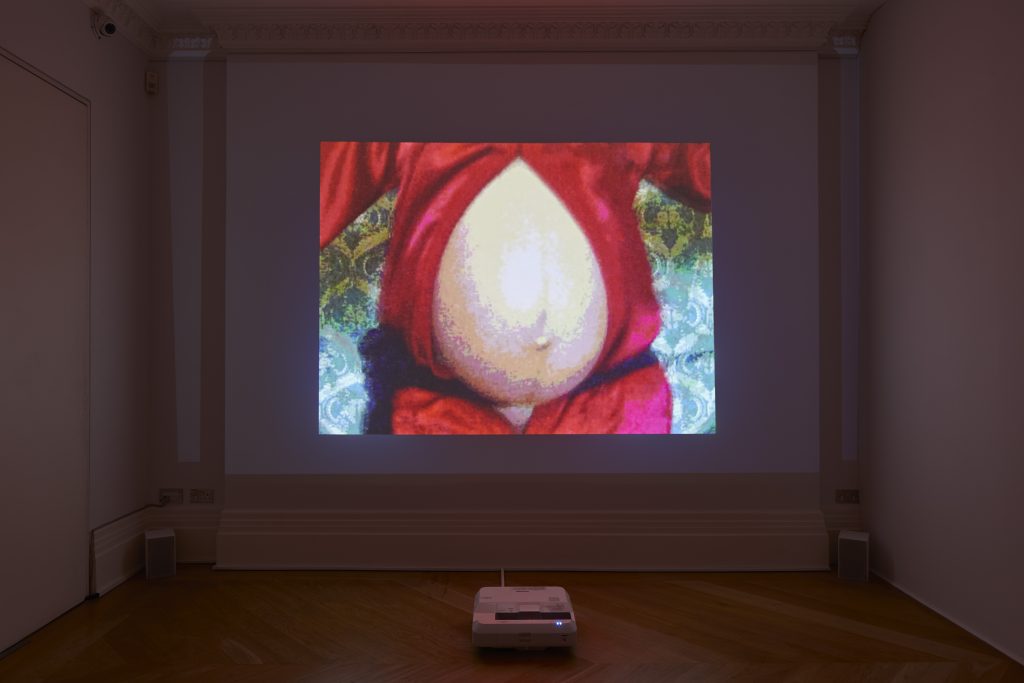 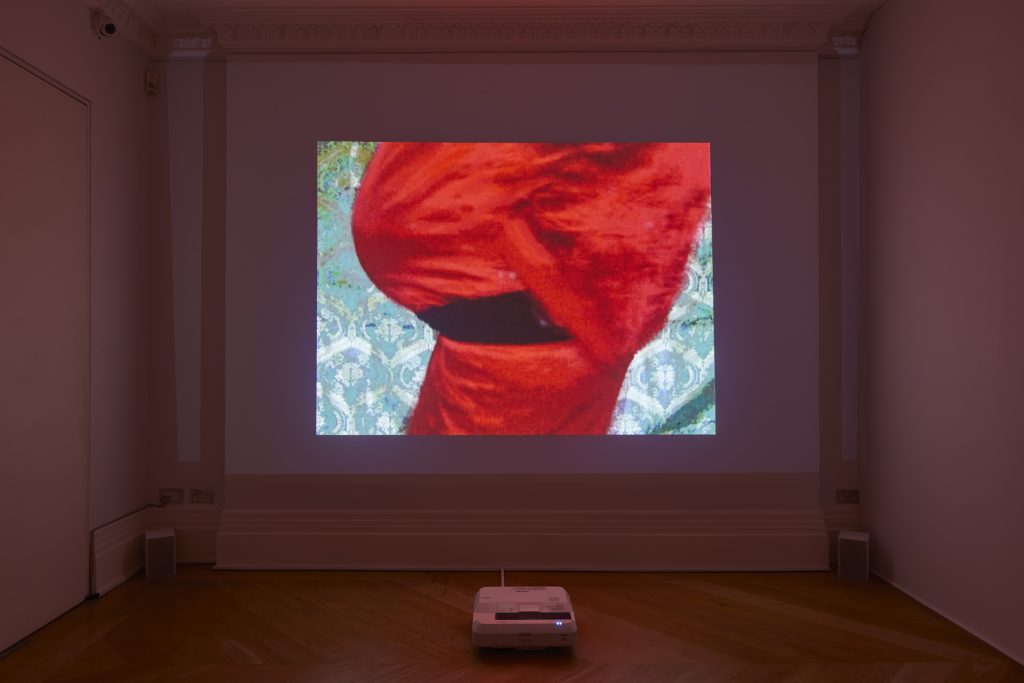 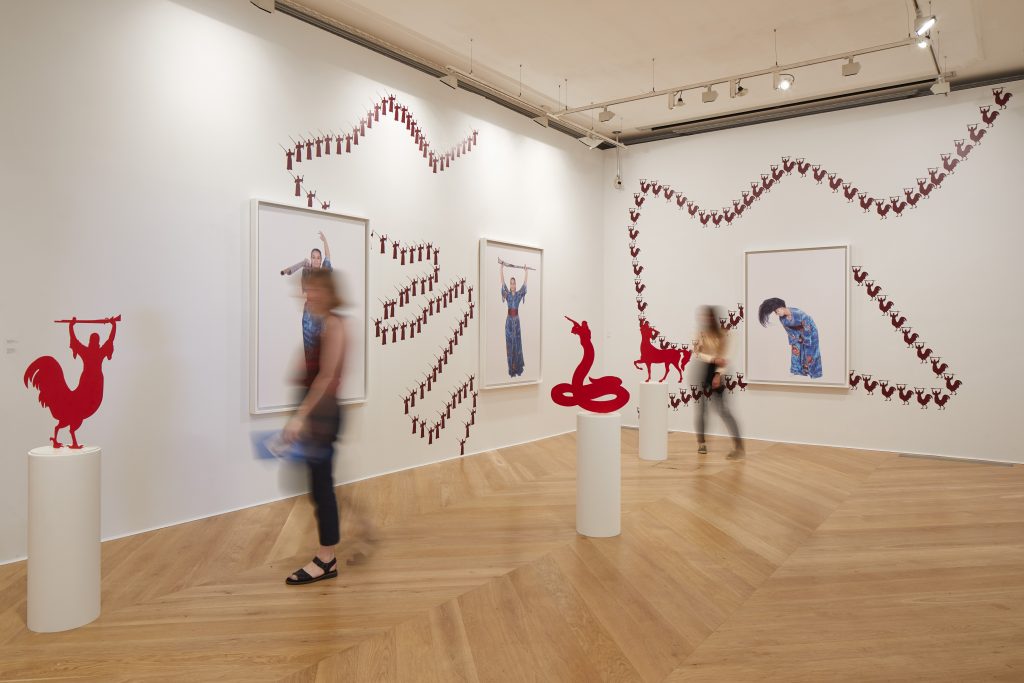 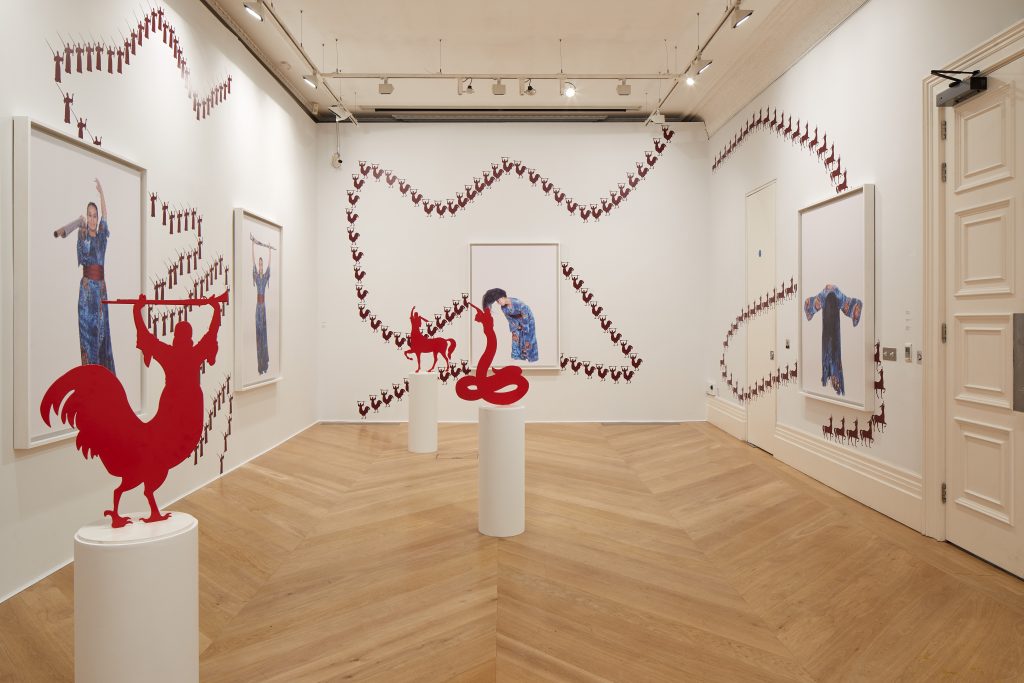 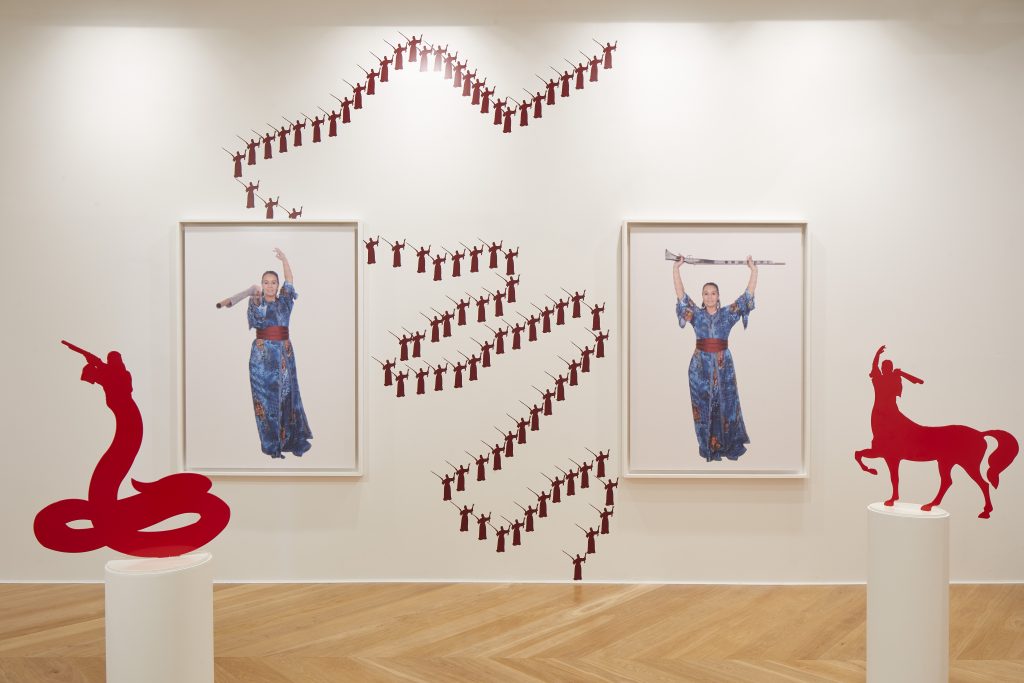 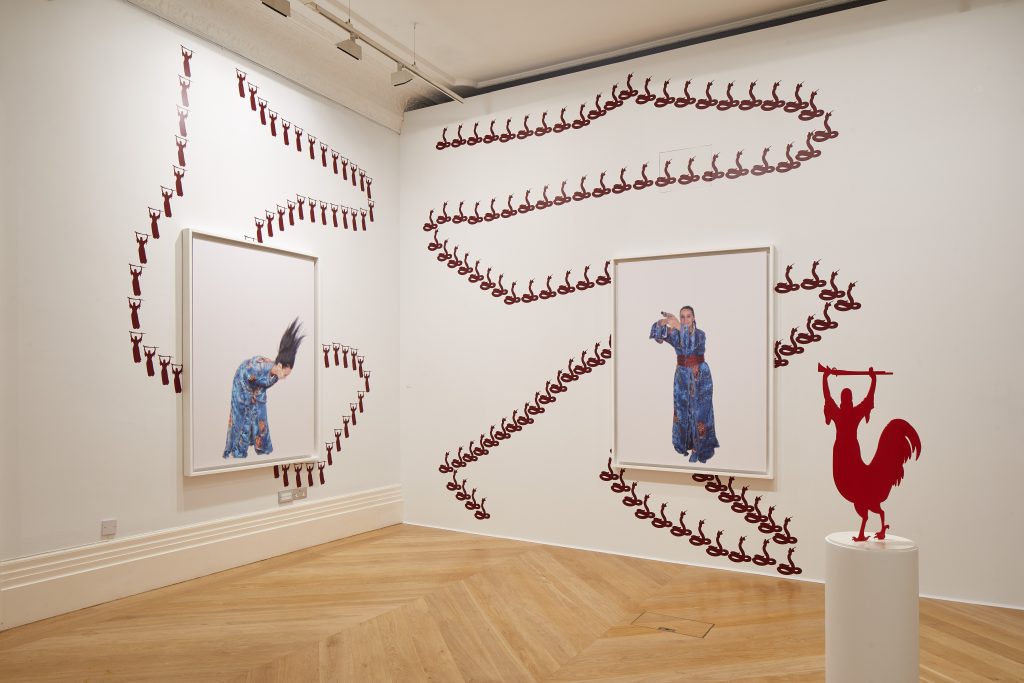 RAW QUEENS is a collaboration between The Mosaic Rooms and Kulte Center for Contemporary Art and Editions, and is curated by Kulte’s Founding Director Yasmina Naji. It marks the UK debut of Casablanca based Fatima Mazmouz, alongside Moroccan born and New York-based Bennani.

RAW QUEENS presents artists Fatima Mazmouz and Meriem Bennani in this exhibition which seeks to re-evaluate perceptions of women in the Arab world, specifically in Morocco. Through portraits of contemporary Moroccan women, RAW QUEENS questions gender relations, identity, race and colonialism, inviting us to move on from Orientalist imagery of Arab life. Though the colonial era is supposedly past, Arab women are still often seen with an Orientalist gaze, portrayed as docile objects of sexual desire. The works of Meriem Bennani and Fatima Mazmouz come from a different perspective, far from the images of the harems and the eroticised scenes staged by artists of the past. They invite the dismantling of these colonial stereotypes, showing a figure unrecognisable in those depictions, that of the Arab woman free from objectification. RAW QUEENS opens with Mazmouz’s Made in mode grossesse – La danse du ventre (Made in pregnancy mode – the belly dance) performed and filmed by Mazmouz whilst pregnant. In the main room Mazmouz presents new works created for this exhibition in which she explores Morocco’s Aïta tradition and its bold female performers. Downstairs, Bennani’s film Ghariba, is an intimate and humorous portrait of a group of women, staged as a television soap opera. Curator Yasmina Naji states that ‘as a project RAW QUEENS seeks to open new spaces for conversations on gender and popular culture, and to construct new representations of indigenous figures of power’.

The exhibition is the third exhibition in The Mosaic Rooms’ series of partnerships with regional institutions and curators and marks the final exhibition in the gallery’s tenth anniversary series of modernist and contemporary art from Egypt, Iran and Morocco.

This event is part of Shubbak Festival 2019 (London). 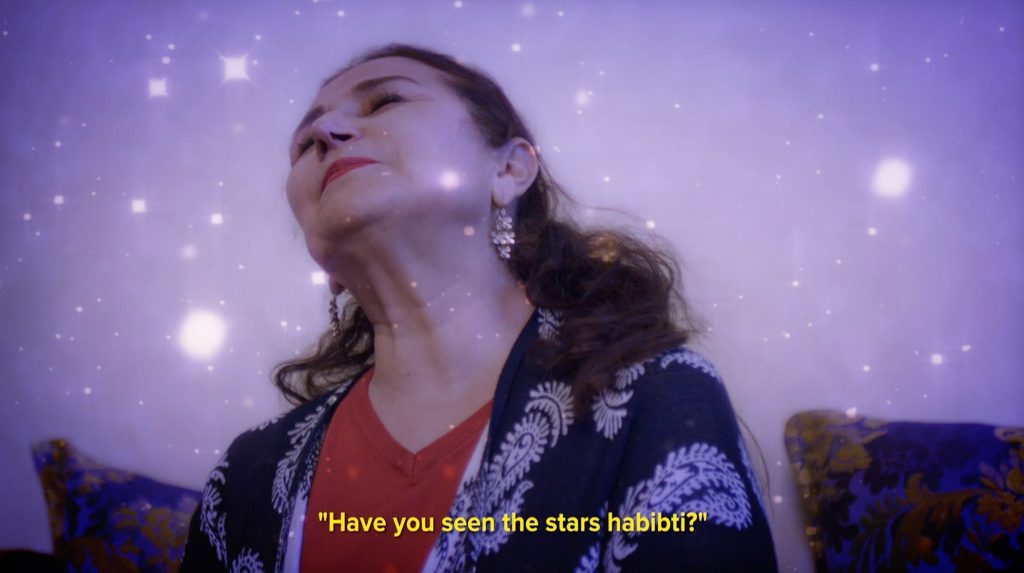 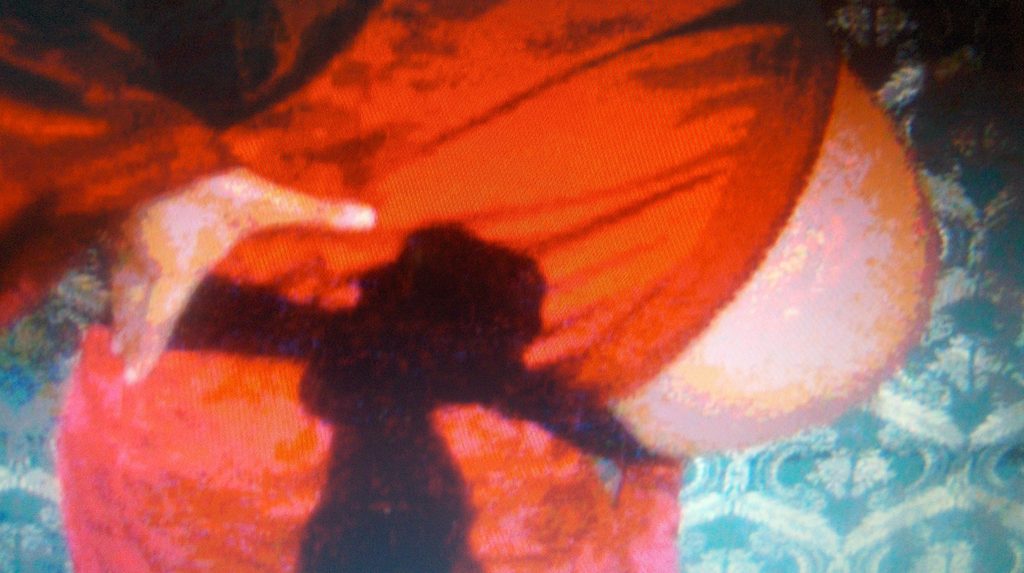